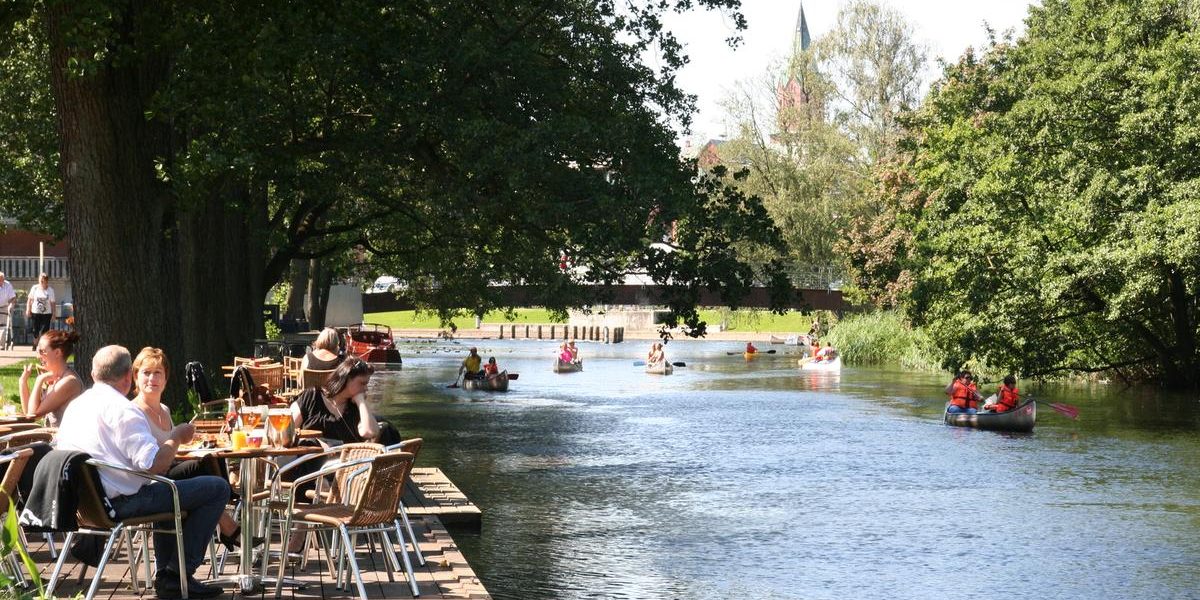 Silkeborg – The Outdoor Capital of Denmark

Silkeborg – The Outdoor Capital of Denmark – is a visionary municipality with a focus on welfare, nature and physical activity outdoor. We seek to harvest the variety of benefits of being outdoor for all the citizens in the municipality – both socialy, mentaly and physically.

Our focus on nature and outdoor activities is not accidental. Silkeborg is known for its breathtaking landscapes, enchanting woodlands and no less than 51 large lakes.

In the mid 1800’s Silkeborg was build as a trading venue by the brothers Drewsen. The brothers leased the surrounding area of a small famer. The intention was to start a papermill on the banks of the powerful danish river Gudenåen. In the second half of the 1800’s, the trading area developed rapidly. Roads and railways were built, and the city had more than 7000 inhabitants. The city developed industrially with machine factory, breweries, etc. In time it also became a scholar city with several seminars, technical and trade schools. Several bath house establishments were created in the scenic surroundings, including Silkeborg Bad.

In the autumn of 1943 Silkeborg Bad became the headquarters of German forces in Denmark. The german commander Hermann von Henneken was in command of the headquarter. The relocation of the german forces from Copenhagen was apparently due to the German fears of an allied invasion in Jutland. After the surrender, the Germans agreed with the British to take care of the troop withdrawal themselves. Silkeborg Bad thus constituted the headquarters of the German military settlement until 6 June 1945. Then German refugees stayed there until the summer of 1947.

Silkeborg’s city center also houses a large variety of Danish architect Anton Rosens distinctive construction works. Rosen worked in Silkeborg from 1883 until his death in 1928. The characteristics of an Anton Rosen house in Silkeborg are the decorative building façades based on national romance and the style of beauty. In a creative and fabulative way, the facades add romantic effects like towers, spikes, maples, tombs, bindings, and not forgetting the sockets of campstones.